A Week in Dublin 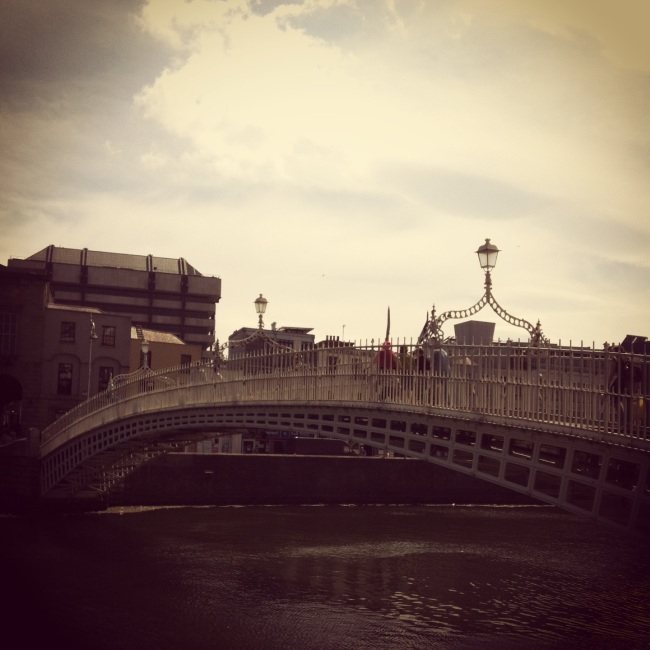 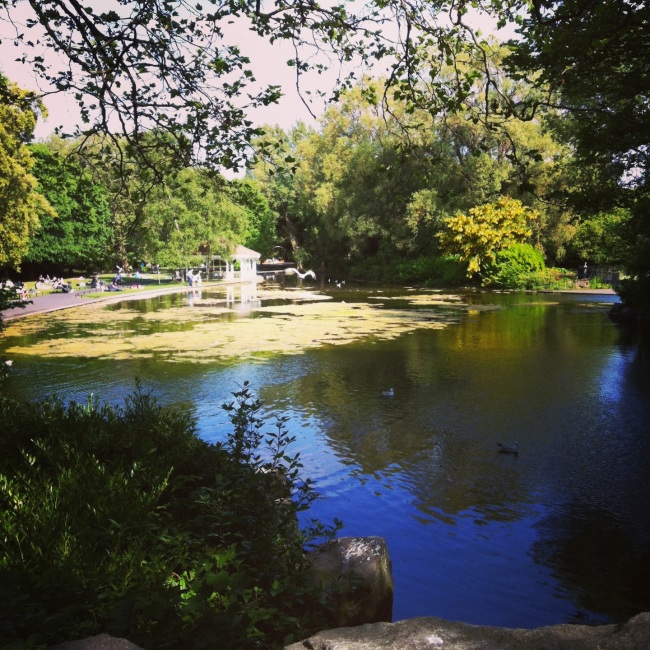 If it is possible to fall in love with a place after being there for less than 24 hours, then that’s what appears to have happened between me and Dublin. The first time I saw it was a one-day whirlwind, a brief stop on part of a longer journey, but I saw enough to leave me desperately wanting more – and, one year later, back I was. The city has an old-world charm to it, its cobbled streets and Georgian architecture rich with history. Great literature and great writers seem to be everywhere: in sculptures, in abundant bookstores tucked away on busy streets…there is even a museum devoted to Irish writers. It is a city where you can feel the presence of stories all around you: those that have been told, and those that have yet to be discovered.

One of the highlights of the week was visiting the Abbey Theatre, a piece of history in its own right. Founded by W.B. Yeats and Lady Augusta Gregory in 1904, the theatre has devoted itself to featuring new works by Irish writers, making it a consistent leader and trailblazer in the theatre world. Now playing is Shush, by Elaine Murphy, a play about five women, their stories, and their relationships with one another. The story begins with Breda (played by Deirdre Donnelly), home alone on her birthday and feeling the recent pain of her husband leaving her for another woman and her son being oceans away in America. Her worn out attitude and the dilapidated state of her home suggests someone who cares progressively less about her life, and who is beginning to give in to feelings of despair. She is not allowed to be alone for long, however, with the arrival of three friends: Marie (Barbara Brennan); Marie’s daughter, Clare (Eva Bartley); and Irene (Ruth Hegarty). They are later joined by Breda’s neighbor, Ursula (Niamh Daly), and the five women share an evening of drinking, reminiscing, and “catching up” which, while full of humor and fun, brings up insightful questions and observations about what it means to be a woman at various ages and stages of life.

Each woman has a distinct and memorable personality, and it is easy to recognize traits belonging to one’s own friends when watching the dynamics between them. Marie is the “loud,” opinionated one, the one who’s not afraid to give Breda some tough love, or to somewhat mischievously push her limits. Though they can get on each other’s nerves, it seems clear that they know and love each other better than almost anyone else does. Marie and Clare seem to reverse the stereotypical mother-daughter role, with Clare being the “responsible” one, trying to do the proper thing and keep her mother’s exuberant and dominant personality in check. She also has a young family of her own. Irene is the soft-spoken, gentle, and seemingly “innocent” one, who nonetheless will occasionally say something that surprises everyone. In the end, it is she who is able to inspire Breda’s trust for a moment, and to connect with her on a level no one else quite reaches. Ursula is the one who seems to have everything figured out, with her glamorous clothing, “baby sign language” classes, and seemingly devoted husband. She enters Breda’s home bearing a “healthy” homemade birthday cake, one that no one – not even herself, as it turns out – is actually able to ingest.

Despite recognizable characteristics, none of these women are caricatures, and each has her own complex experience of marriages, friendships, and womanhood. No one’s life is exactly as is appears to the outside eye, and as the evening goes on, the surface layers of each woman’s story are gradually stripped away. As they tease and banter with one other (and as alcohol loosens their inhibitions), they each start to let down the façade of the way they present themselves to others, revealing marital problems, pregnancies, and infidelities. As it turns out, Breda is not the only one in need of guidance and support. Murphy uses humor in an extremely successful way, revealing each character’s quirks while also pointing to something very true about female friendships, and the way no one has life completely figured out. The five actresses capture this very admirably, making us laugh while also making their characters seem like real people.

There is even a brief moment of dance. Marie does her own rendition of “Killing Me Softly,” and then convinces Breda to dance around the sitting room with her, as the friends reminisce about earlier dancing days. Breda, reluctantly trying on the sparkly new shoes Marie gave her for her birthday, finally starts to let herself have a little bit of fun, and maybe to remember the way she used to feel. The moment is short-lived, and the spell quickly broken when she turns her ankle. But, as this play ultimately reminds us, no matter how down life can make you feel, there is always a reason to take those shoes out of the box, dust them off, and dance again.